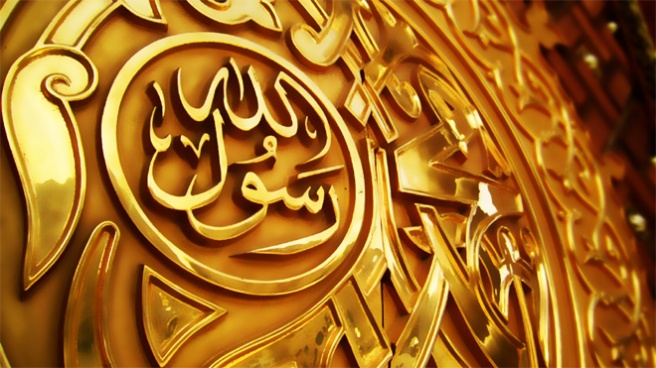 What Everyone Should Know About Islam and Muslims
by Suzanne Haneef
Islam And The Muslim World – (pg. 127)

In order to understand what is happening to Muslims, it is necessary to have a look at what is happening to the Muslim world. During the past century-and-a-half, the entire world has gone through tremendous upheavals, particularly in the realm of religion and values. While Europe and America were experiencing a profound loss of belief in religion, due in part to the irreconcilable conflict between science and what was supposed to be the “revealed World” and in part to the changes in people’s values and outlooks as a result of massive changes in technology and patterns of living, the Muslim world too was experiencing a great crisis in the realm of religion and values.

During this period, due to a complex interplay of forces, while the hold of Christianity was weakening in the West, the influence of Islam was also becoming attenuated in the East. As a result, many Muslims so far lost sight of the true reality of their faith that masses of them took the traditions of their societies, some of which were from Islam and others from sources other than Islam, to be Islam itself. Their understanding of Islam as a dynamic, revolutionary system of life shrank until all that remained to them of it was a set of confused, quasi-Islamic traditions, some faded remnants of Islamic values and behavior, and perhaps (but often not even that) praying and fasting in Ramadan, reading the Quran when someone died, and celebrating the Festivals. Others went to the opposite extreme, placing great emphasis on the worship aspects of Islam while ignoring all the rest of its teachings, especially in the area of striving, seeking knowledge, developing resources, political responsibility, cleanliness, etc. Muslim children living in areas outside the Arab world learned from pious but often ignorent teachers to pronounce the words of the Quran without understanding anything of their meaning, much less living by them, while in other places, youngsters grew up still more ignorant of Islam, believing it to be something related to the older generation which one is supposed to respect but which has no relevance or place in contemporary life.

At the same time, the Western influence emerged in the Muslim world and little by little grew stronger and stronger. In the past this trend was fueled by Western imperialism and the presence of Western officials, as well as by Christian missionaries and westernized, often Western-educated, natives who had returned home from a sojourn in Europe or America. Later industrial and commercial interests, finding a ready market for Western goods and expertise in Muslim countries, enthusiastically accelerated the process. Muslims became uneasily conscious of their own material backwardness and lack of modernity in comparison with the West, assisted by contact with Western goods and the lure of its life-styles, conveyed to every part of the globe by Western movies, media and propaganda. The West was seen as a glamorous utopia, and adoption of some of the trappings of its culture was looked upon as the instant way to modernization and progress.

Unfortunately, what was adopted were not the outstanding and excellent aspects of Western culture but only the most superficial and harmful ones, which were simultaneously applauded by many onlookers in the West as obvious signs that the Muslim world was now beginning to wake up and come of age: the old equation of bars, boogie and bikinis with progress and modernity. Under the impact of all this, many Muslims accepted Western society’s dictum that religion, moral values and the pursuit of meaning to be given no serious emphasis or importance in society. Its criteria of being civilized material advancement and the discarding of traditional values were accepted by them as the true measure of greatness of a society without their grasping the essential fact that genuine civilization must rest on a firm base of sound spiritual and moral principles, lacking which material progress simply becomes de-civilizing, de-humanizing and destructive.

Consequently, the present era has seen the emergence of three basic types of Muslims, who have their counterparts in other faiths as well. One is the individual for whom Islam is merely a vague tradition which more often than not he prefers to have nothing to do with, who subscribes himself “Muslim” on his passport simply because he is not a Christian or a Buddhist or anything else. He may either profess some outward tokens of respect for Islam or may reject it totally, but in any case it does not occur to him to guide his life by it or to try to practice it faithfully, and he regards those who do so as backwards and stupid.

This is understandable enough in view of the fact that almost invariably such individuals lack knowledge and understanding of Islam as a total world-view and system of life; moreover, they provide an example of real understanding and commitment to Islam. Such a “Muslim” may never have prayed in his life and may not even know how since he was not taught. For him Islam is simply a relic of ancient history. He may feel an occasional twinge of pride in his Islamic heritage when it is mentioned and may even come to the “defense” of Islam when it is attacked. Or he may think about it once in a while when someone dies (“Where am I going to go when this happens to me? Oh, well, God is merciful”), but he is too preoccupied with his daily activities and with his family and possessions and pleasures to follow up this train of thought. Many social problems and vices have by now crept into the lives of such Muslims, including an increasing incidence of divorce, sexual license, alcoholism, and total loss of values and direction. Basically, they are Muslims-by-name, no different either in their concepts or behavior from people who have no religion and no values, for in fact they hate neither, and they are often very hostile to Islam and to Muslims who adhere to it faithfully.

The second group are the traditional Muslims. They may understand the basic concepts of Islam, may have some degree of Islamic knowledge and may follow the Islamic teachings to some extent, but they do not understand it as a complete and dynamic system for all aspects of the human being’s life, nor do they adhere to its requirements in all aspects of their lives consistently and as a matter of principle and obligation. In their minds, Islam is often intermixed with many pseudo-Islamic practices common to their societies, many of which are completely contrary to the Islamic teachings although they have acquired some sort of an “Islamic” sanction or flavor, and with many westernized ways of thought and behavior as well. They definitely believe in God and Islam, but in a theoretical sort of way which does not carry enough conviction to move them steadily and consistently towards a totally Islamic orientation and way of life. Because they do not conceive of Islam as a complete system for all aspects of life, they are often critical or look down on those who do as having “gone too far” in the matter of religion.

The third group consists of those Muslims who understand the religion they profess as a total system and who have consciously decided to pattern their lives according to it. Their world-view and frame of reference is that of Islam, their obediance, loyalty and devotion are for God alone; their goal is the hereafter: and their community is the community of believers. Many among this group are highly educated individuals who have arrived at such a position as a reflection on what is happening in the world around them. They are a unique group, part of the small yet strong company of true believers in God who have been lining in submission to Him since the first prophet, Adam (peace be on him), walked on earth, in obedience to His guidance.

Without question, to reach such a level of Islamic commitment requires an understanding which, due to very faulty and inadequate approaches to Islamic education even in “Muslim” countries, few are able to attain. Moreover, the appeal of westernization and modernity is so strong that few people in the Muslim world have yet grasped the fact that material advancement is not necessarily the road to either true self-respect or satisfaction, and that it has not brought real happiness and well-being to the peoples of the West, but instead a staggering array of societal and environmental problems because it has been divorced from the spiritual and moral dimensions which are as integral and essential a part of the human being’s nature as is his material aspect.

When we survey the Muslim world today, you see a confused and troubled picture in which political instability plays a major role. In spite of the Islamic requirement of a leader elected from among the people who consults with them in the conduct of affairs, in very few countries of the Muslim world today are the governments elected by the people and responsive to their needs, or capable of providing leadership and stability to their countries: rahter they are, by and large, the rulers and the ruled. And although in most cases the professed Islam and often made a public show of piety, among the rulers of the Muslim world in recent years have been many who were dictators and oppressors of the most vicous sort. They stifled all criticism and dissent in their societies, whether by individuals, groups or the press, by sadistically oppressive means, making ruthless use of highly-trained secret police and intelligence services to supress anyone they considered a threat to their unbridled power; they filled the prisons of their “Muslim” countries to overflowing with tens of thousands of sincere and committed Muslims, many belonging to the intelligensia, who were trying to call for a revival of Islam in their societies or to question the policies or actions of the ruler. Hair-raising nazi-style tortures were applied to countless numbers of them under which many died, and some of the best among them were executed for fabricating “crimes” in order to silence the voice of faith so the ruler might continue unimpeded in his relentless drive for absolute power.

County after country in the Muslim world has seen rulers of this kind during the past half century or more, men who, although often Muslims themselves, hated and feared the very name of Islam because it constituted the only real challenge to their unchecked power and ambition, and who threw all their energies into trying to suppress it by opressing Muslims.